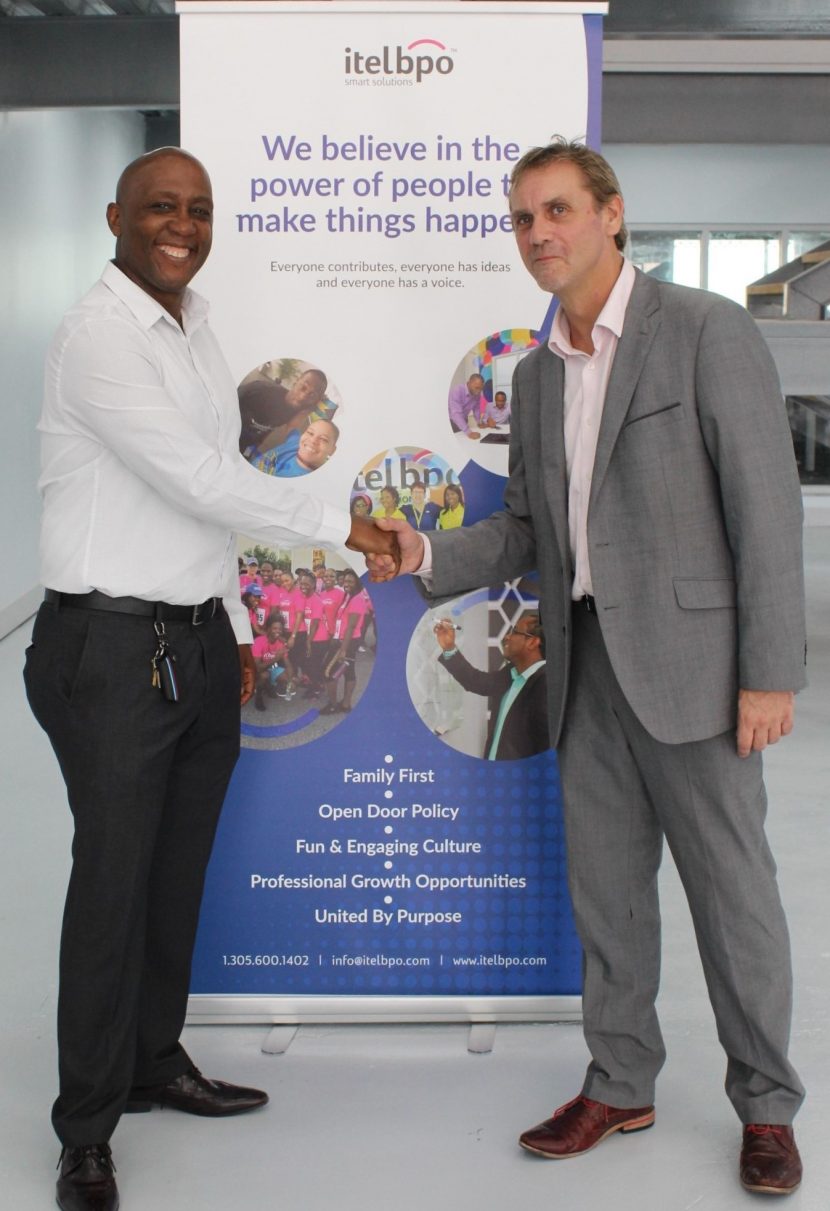 At the beginning of the year, Invest Saint Lucia (ISL) introduced its plans for 2020 to the media, outlining all the projects set to come on-stream in the near- and long- term.

Within just a few months, itelbpo’s Vieux Fort operation has come to fruition and the company is ultimately expected to employ more than 400 Saint Lucians in the global services sector.

Following the MOU signing between ISL and itelbpo in January, ISL immediately began retrofitting a 20,000 sq.ft. factory space as part of its facilitation process to accommodate this new investor.

Despite the challenges posed by COVID-19 and the inevitable delays caused by safety restrictions and protocols, ISL delivered the shell, fully retrofitted to itelbpo specifications by June 29, 2020.

itelbpo also showed commitment regardless of the fragility of the world’s economy, demonstrating that employment in business process outsourcing can meet up with the technological and innovative demands of “the new normal”.

At the official handover of the facility on June 29, ISL CEO Roderick Cherry said itelbpo’s new facility will play a critical role in reducing unemployment rate in our country Saint Lucia, particularly among young men and women.

These hiring commitments have changed minimally and during the past week, itelbpo’s Kieran Long, Senior Vice President Operations announced that about 400 employees will begin going through training by next week.