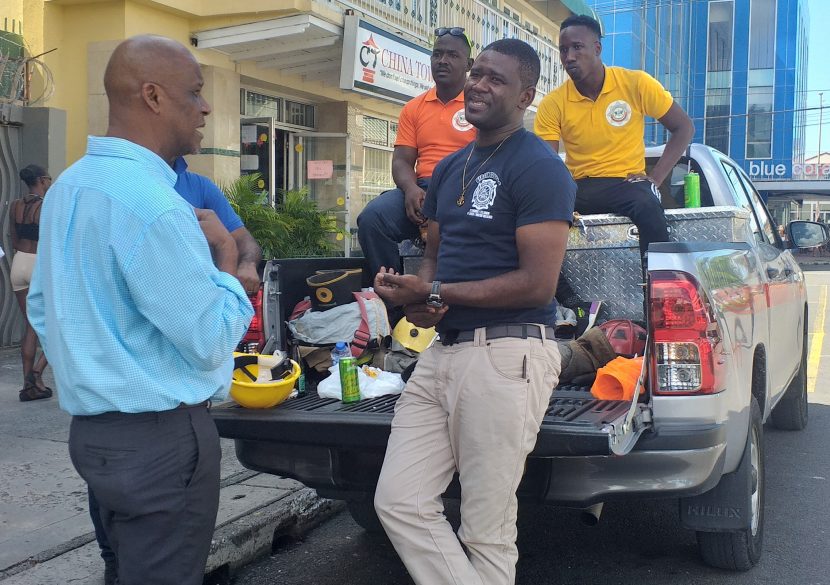 Mayor of Castries, Peterson D. Francis is saddened by the fire which gutted the Adjodha Building on Thursday afternoon.

Speaking to the devastation, Mayor Francis described the incident as a huge setback to business in the city.

“We watched helplessly as the building burned. Sadly, this is a huge setback for many. The business owners, the employees, families who depended on their loved ones to make ends meet.  I wish to sympathize with all affected by yesterday’s fire. Be thankful that there was no loss of life. One young lady only started a job yesterday when the incident took place”.

In addition, the City Mayor applauded the hardworking fire fighters, the Royal St. Lucia Police Force and the City Police for their patriotic efforts in containing the blaze and preventing further destruction.