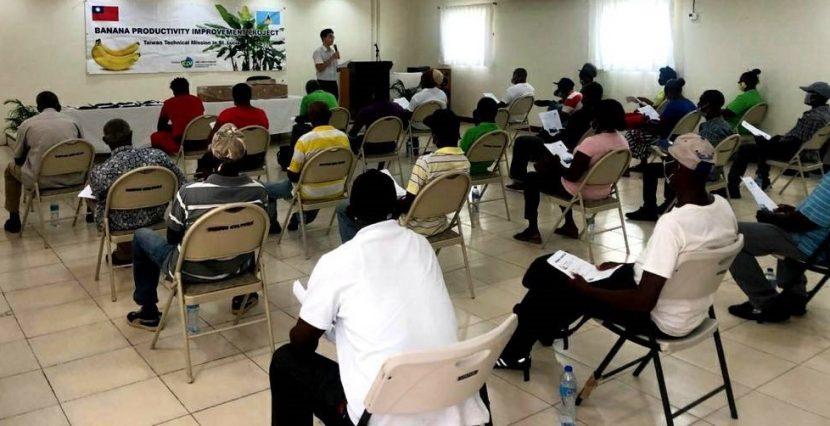 A new banana plant has been introduced to some 110 banana farmers during two special workshops organized and conducted by the Taiwan Technical Mission in collaboration with the Banana Productivity Improvement Project (BPIP) and the Ministry of Agriculture.

The ‘Tai-Chiao No.2’ as it is called, is an initiative to further improve banana production in St. Lucia.

The BPIP in conjunction with the Taiwan Technical Mission embarked on a trial with the new variety of banana plants believed to be better suited to withstand strong winds and adapted to climate change.

In late 2018 the Taiwan Technical Mission imported the ‘Tai-Chiao No.2’ tissue cultured plants from Taiwan. Over the past twenty months, these plants have acclimatized and continued to grow in Agricultural Region 2, Region 3, Region 4, Region 5, Region 7, and Region 8, in total of 7 trial plots.

In June 2019, a demonstration plot with both plants of ‘Tai-Chiao No.2’ and ‘Valery’ was established at Union. After completion of surveys, the results reveal that this new variety is shorter height, less prone to wind damage, and produce fruits faster.

The BPIP has embarked on the procurement of 20,000 tissue culture ‘Tai-Chiao No.2’ to be made available for sale to farmers interested in replanting their fields with the new variety.