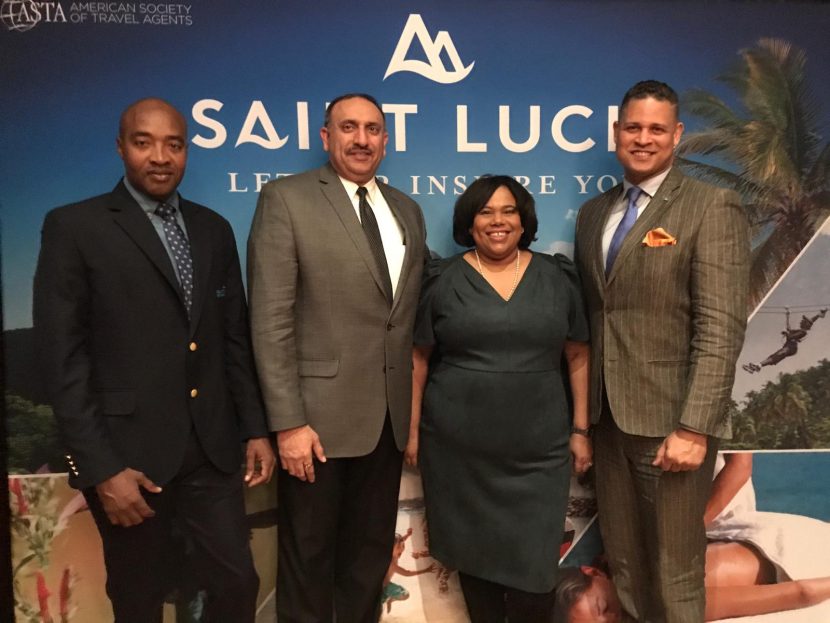 Efforts at drumming up media attention for the December 21 launch of the new nonstop American Airlines flight from Chicago continued this week, with the Saint Lucia Tourism Authority (SLTA) holding a media blitz.

on record in Chicago, providing a media audience eager to hear about vacations in Saint Lucia. Organized and overseen by SLTA’s US public relations firm JMCPR, the event was attended by 16 national and regional journalists, writers, bloggers and influencers from the ChicagoTribuneto BudgetTravel.

While in Chicago, the CEO also held editorial meetings with an executive producer of the PBS series “Family Travel with Colleen Kelly” and a columnist for Essence magazine.